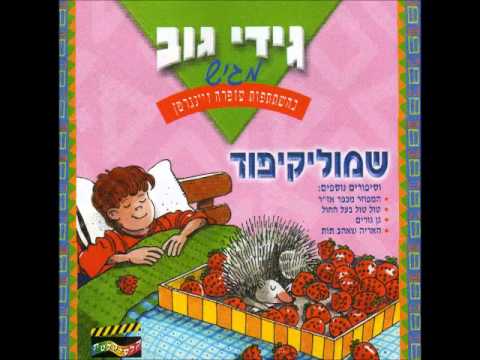 The Scatterbrained Man from Azar's Village

The story of the scatterbrained man has been told to Israeli children for almost eighty years. It has numerous versions, and is a wonderful example of a literary piece that does not fail to entertain despite having been written many years ago. The illustrations by Natalie Waksman Shenker depict scenes from Israel in its early days, adding a nostalgic air to a story generations of children have enjoyed.

Our children are growing up at a time when Hebrew books of every sort, for every age, are in abundance. Since Zionism began over one hundred years ago, intellectuals and educators have made tremendous efforts to create a Hebrew culture for children, in order to raise and educate them to speak the language. The story of the scatterbrained man was adapted by Lea Goldberg from a story written in Russian by Samuil Marshak, as she regarded the translation of literary masterpieces into Hebrew a task of national importance. Together with Avraham Shlonsky, Nathan Alterman, and others, Goldberg translated a selection of books from world literature into Hebrew in an effort to broaden cultural horizons in Israel.

Where is Azar's Village?

If you were to look for the town now, you would not be able to find it; Azar's Village has since become an integral part of the City of Ramat Gan, and is only remembered thanks to Goldberg's scatterbrained man.

Lea Goldberg (1911–1970), born in Kaunas, Lithuania, was a poetess, authoress, translator, professor, and editor, while also heading the Comparative Literature Department at the Hebrew University of Jerusalem. At the age of 23 she had completed her PhD on Semitic Linguistics in Germany, and upon immigrating to Israel in 1935, began to publish her writings, and soon became a well-loved and well-known poetess. Her publications, and among them her children's stories and poems (Apartment to Rent [Dira Lehaskir], Magic Hat [Kova Ksamim], What do the Does do? [Ma Osot HaAyalot?], and many more) have become invaluable gems of Israeli literature. In 1970 she was awarded the Israel Prize for Literature; however, having unfortunately passed away two months prior to the ceremony, her mother received it on her behalf.

You could also learn to recite some of the poem off by heart, letting the illustrations remind you of the words.

Enjoy reading and discussing the book together!